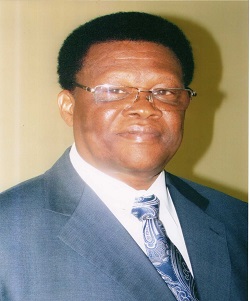 Prof. Ephata Kaaya is a Professor of Pathology and the Provost of Kilimanjaro Christian Medical University College with vast experience in leadership, training, and research.  Prof. Kaaya has a broad background in professional practice, research, postgraduate and undergraduate training, with specific training and expertise in general pathology, Pathology of tumors, HIV pathogenesis including an experimental model of pathology and oncogenesis in a setting of induced immunodeficiency, medical education including curriculum development and management as well as teaching and learning strategies.  His teaching and working experience spans over 28 years and raised through the academic ladder to the level of Professor and Vice-Chancellor, thus gaining substantial experience in research and leadership. He has been an Investigator, Co-PI, or PI in non-NIH and NIH-funded Research and other projects since 1990.  He successfully co-administered or administered projects (e.g. the Academic Learning Project-ALP) and partnered with other researchers within or outside the country, which enabled the production of a number of peer-reviewed publications from the projects. As a result of his experience gained over the years, Prof. Kaaya is conversant with the necessity for regular project meetings, consultations, and communication between PIs and other project staff.

From 2012 to 2017, Prof. Kaaya was appointed Vice-Chancellor of Muhimbili University of Health and Allied Sciences (MUHAS) and in 2019 he was appointed the Provost of Kilimanjaro Christian Medical University College (KCMUCo). Prof. Kaayas’ contribution to science is immense work including earlier work on HIV pathogenesis and induction of immunodeficiency-related tumors in monkeys which contributed significantly to the understanding of the pathogenesis of Kaposi’s sarcoma, other HIV related conditions, and HIV related malignancies. These studies, which were done in collaboration with Swedish researchers and funded through Sida Sweden, used both human specimens and a monkey model of Simian Immunodeficiency Virus (SIV) induced immunodeficiency. He has authored and co-authored a number of peer-reviewed articles.